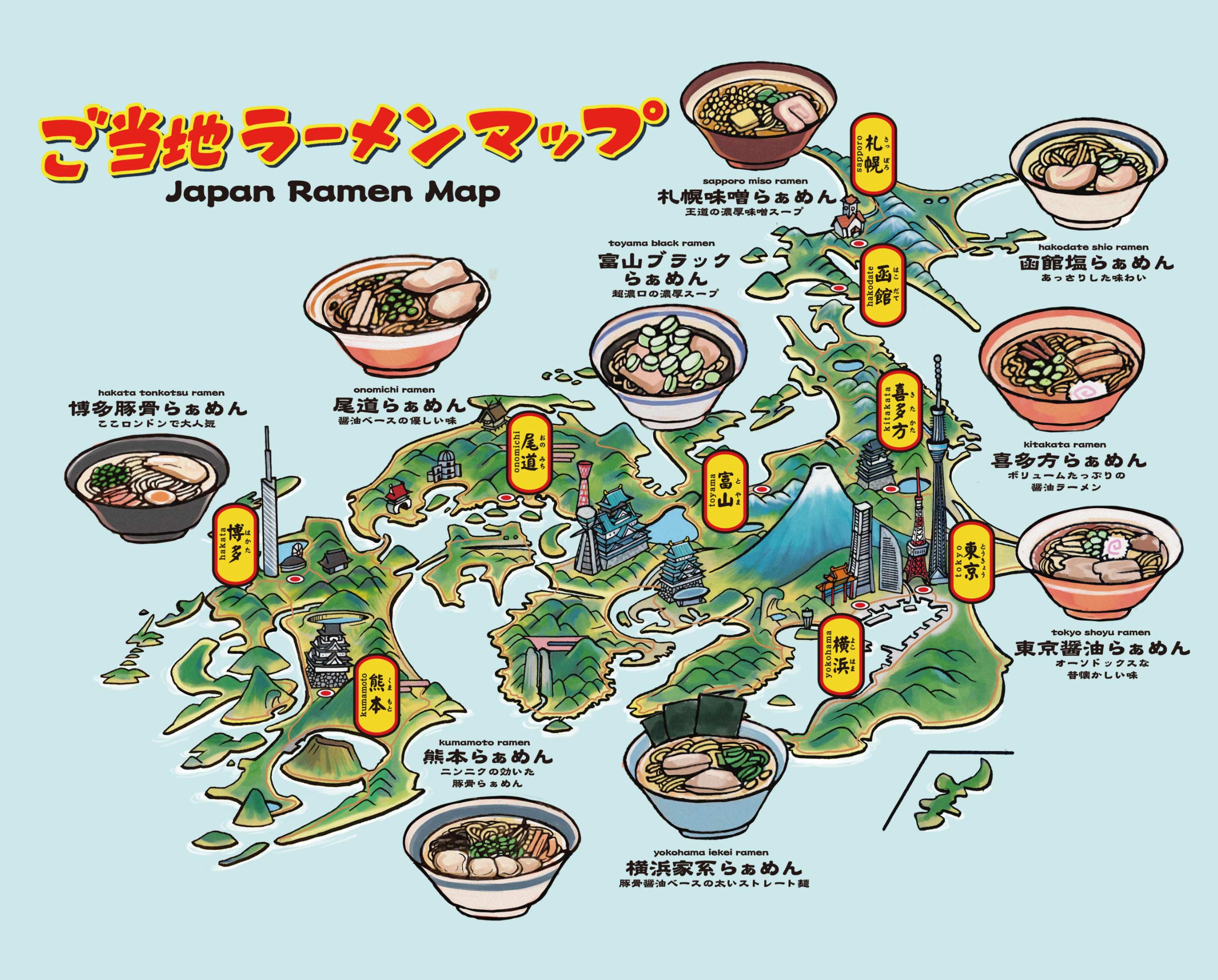 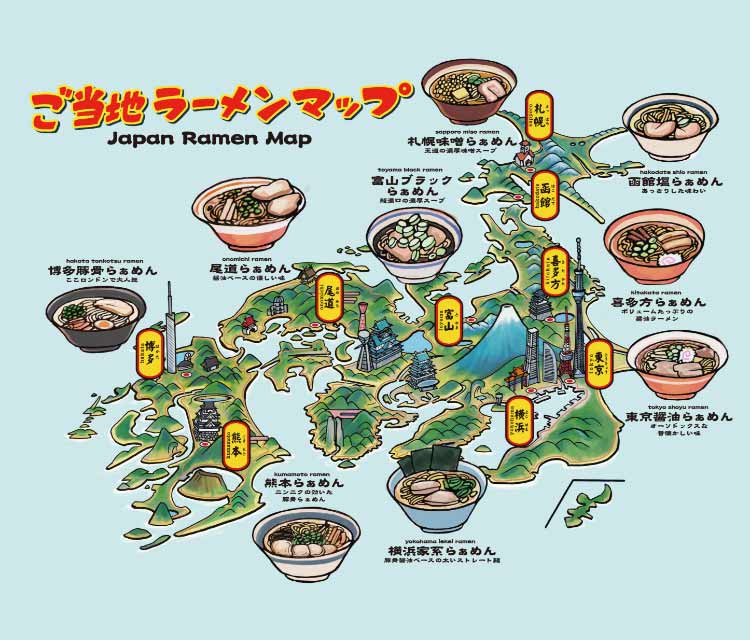 We begin our story a long time ago so fasten your seat belts for a whistle stop tour of ramen history! It starts in 1800s China, which is considered to be the birthplace of all things ramen. The idea of noodles in a soupy broth travelled with Chinese immigrants in the late 19th or early 20th Century to Japan after the Meijiichin [Meiji Restoration] in 1868. On arriving in Japan Chinatowns sprung up like the one in Yokohama - a busy port town that helped to spread the popularity of ramen throughout Japan. 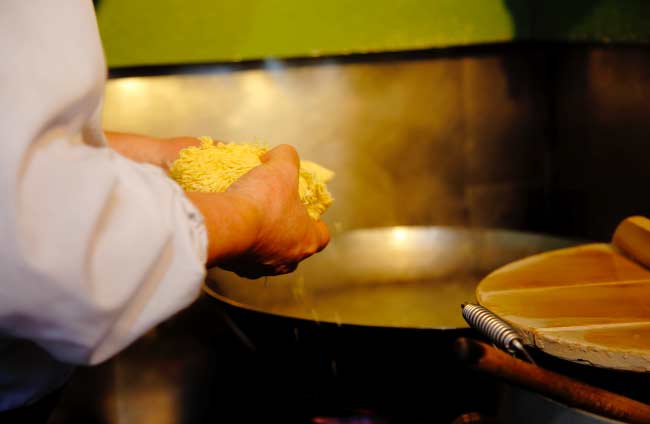 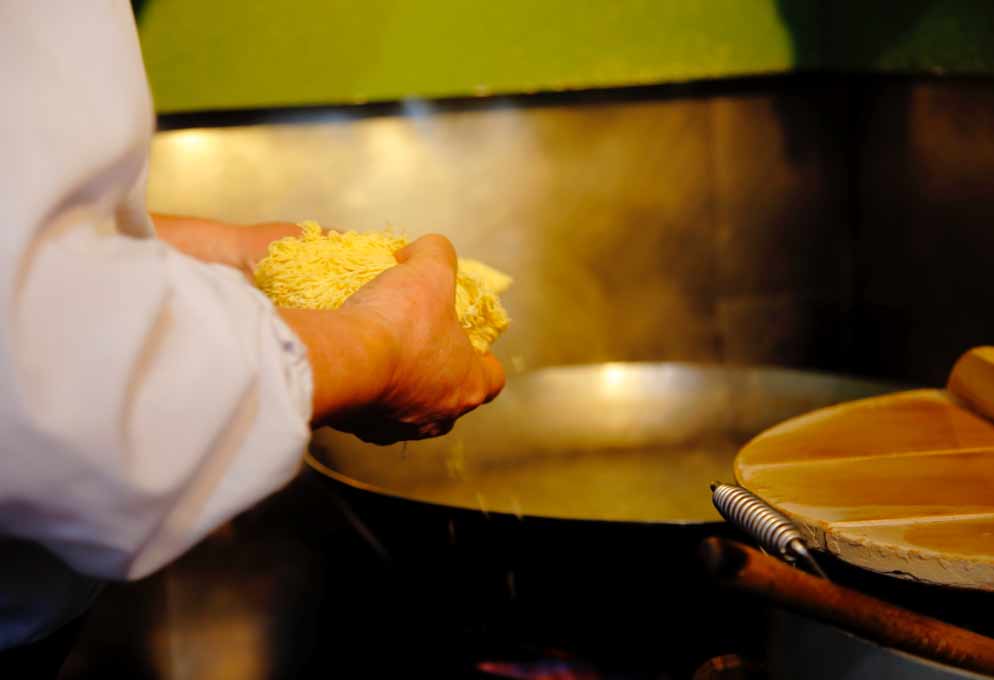 The first Japanese restaurant to serve up a bowl of noodles similar to today’s ramen was Yowaken 養和軒 in 1884, but it wasn’t until 1910 that Japan had its first ramen shop called Rairaiken 来々軒 in Asakua, Tokyo.

Then in 1947 Fukuoka, the now world famous Hakata tonkotsu Ramen was actually made by sheer mistake! Restaurant chefs when they over boiled the soup, made the pork broth extra milky and white. But on tasting it they realised they were on to a good thing - and Hakata tonkotsu broth was born.

Regional variations of ramen started to spring up with the first being Ajino Sanpei 味の三平 in Sapporo, Hokkaido in the north of Japan, the first ramen bar to create miso ramen - now synonymous with Hokkaido just as much as the snowboarding. 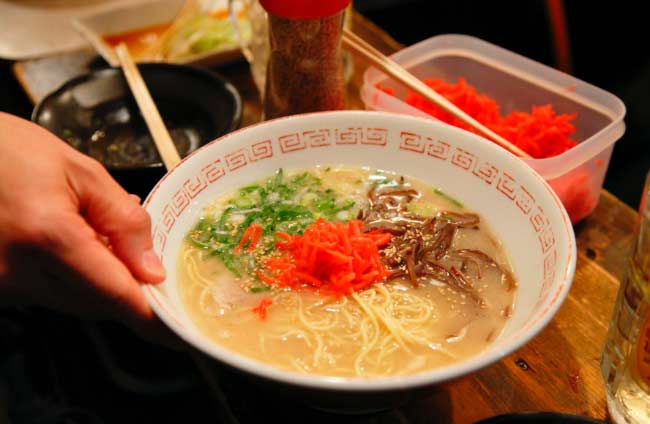 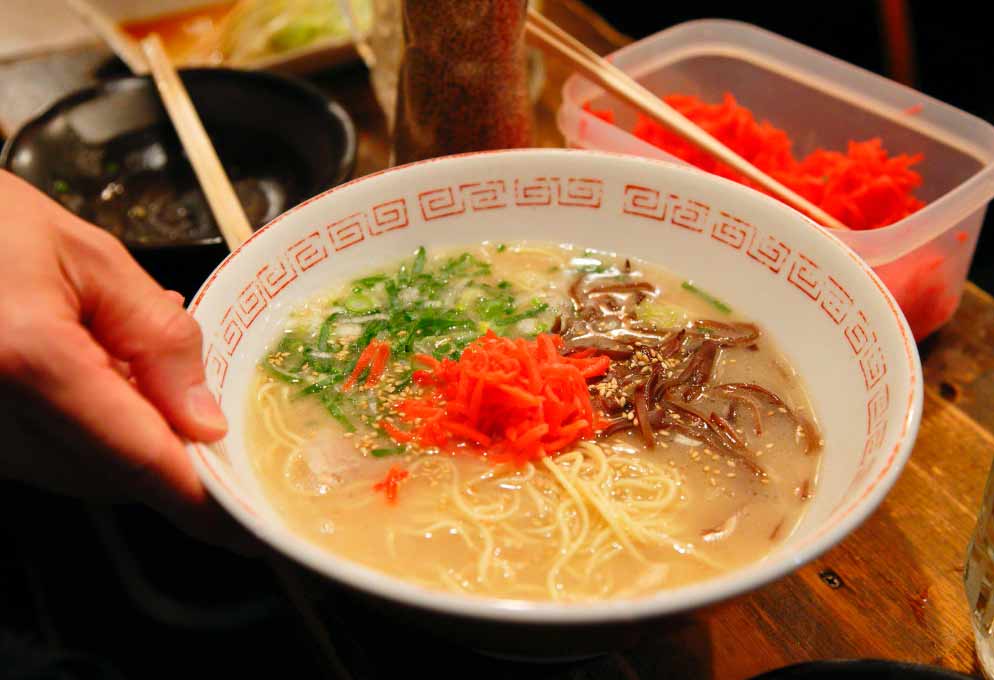 Onwards to post war Japan, bread and wheat consumption increased, with wheat being made into ramen noodles. By 1950 ramen noodles were increasingly being eaten at outdoor street stalls known as yatai that started to spring up across towns and cities offering workers a quick hot meal at all hours of the day and night.

In 1958, a key milestone for ramen fans was the invention of instant noodles by Momofuku Ando, the Taiwanese-Japanese founder of Nissin Foods. This allowed anyone to make this comfort soul food at home in just a few easy steps. 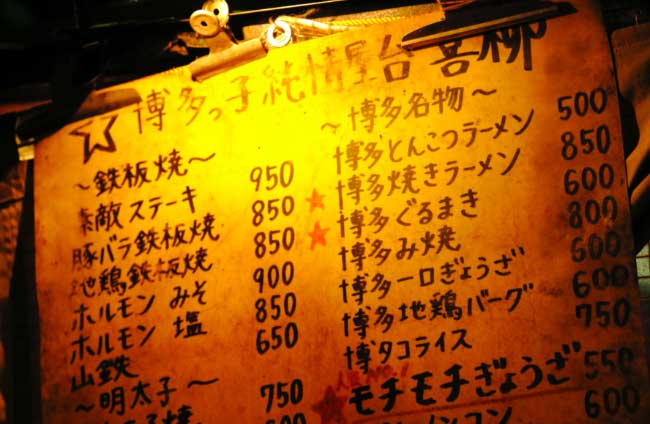 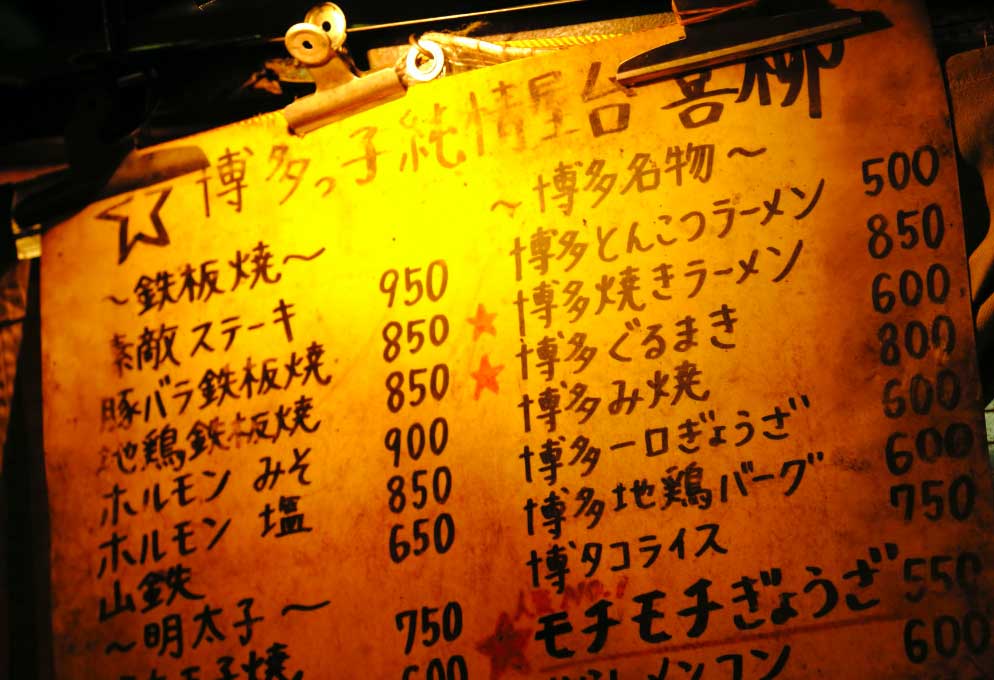 By the 1980s, ramen popularity was growing not just in Japan but globally too as the booming decade saw the need for a quick rest stop for busy workers and soon ramen become a foodie symbol of Japan alongside sushi, sake and matcha.

During this time, more and more regional varieties of ramen began to be created and became available across Japan. From salt “Shio”, soy “Shoyu”, miso and tonkotsu - with lots of types in between! All the regional ramen have different stories about their creation, background and history of the toppings - let’s discover them.

The appetite for ramen saw a ramen museum open in Yokohama in 1994, a celebration of all things ramen. Over in Hakata Canal City, they built a Ramen Stadium - a food court celebrating regional ramen with 8 famous ramen yatai in one space. 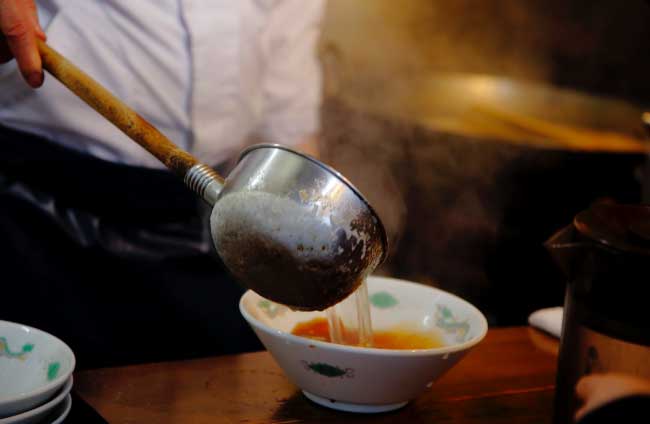 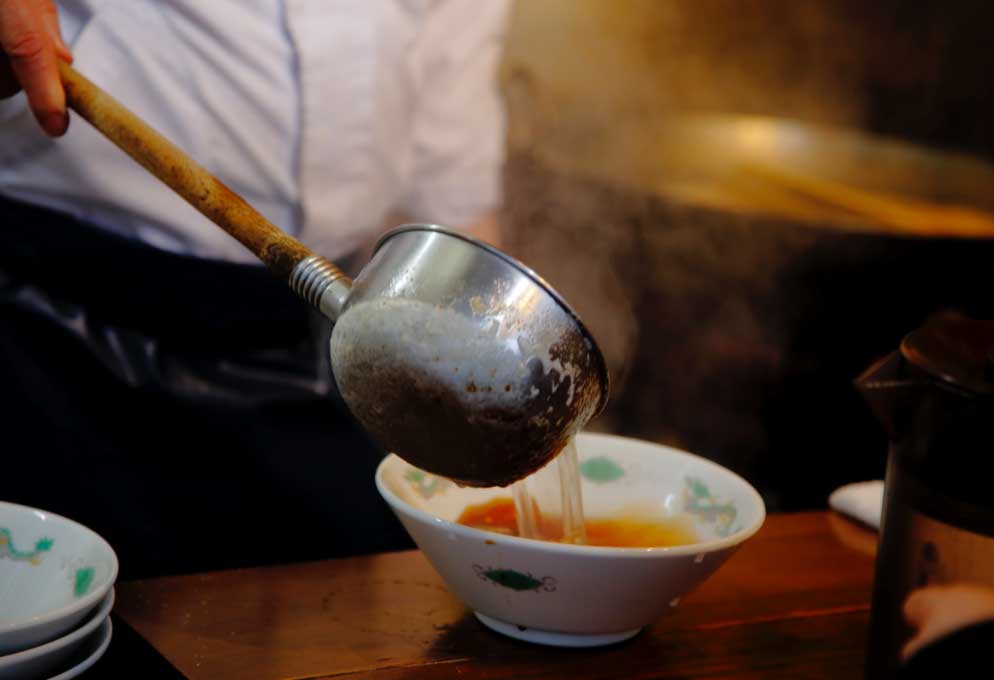 Today ramen is a global food, with ramen shops and bars across the world celebrating this awesome comfort food. In Japan alone there are 24,000 ramen shops, with 5,000 just in Tokyo! That’s a trip we want to do!

In 2020, we welcomed Heddon Yokocho to the ramen scene, a true love affair and celebration of regional ramen right here in the heart of London. Now grab your chopsticks and a beer and let’s take you on a journey across Japan.